Movie of the Month! 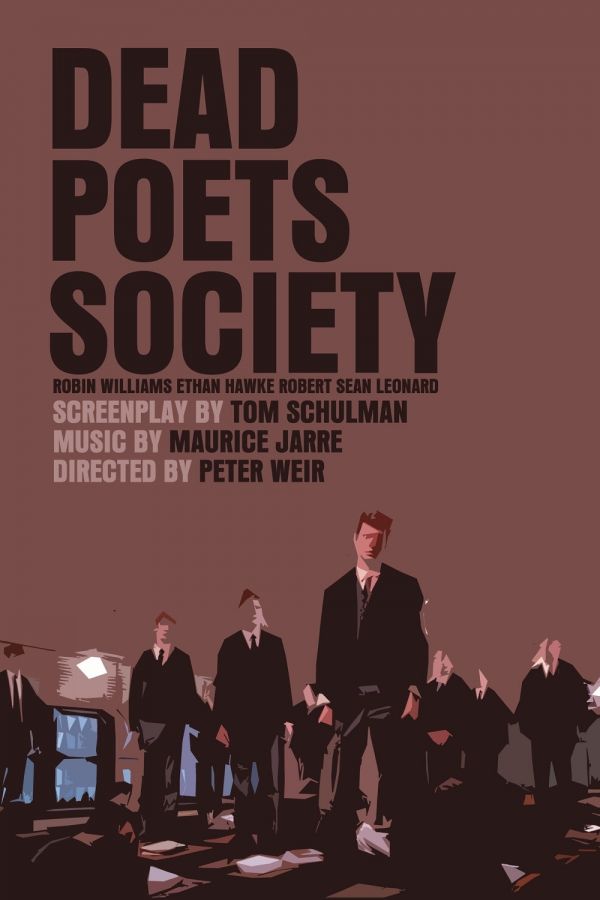 Pete Weir’s 1989 American teen film Dead Poets Society follows a young man, Todd Anderson, sent to an elite, conservative, boarding school in Vermont (Welton Academy). He attempts to have his lick of glory like his once infamous brother. His roommate ‘Neil Perry’ somewhat with a dense creative flair is burdened from birth by his rightist father, who does not believe in the arts. The two charming men and their friends travel through literary time and establish honor with the help of the “Dead Poets Society”, first started by John Keating, once alumni of Welton Academy now English teacher. The film is celebrated for its thought-provoking depiction of literature over human entities, adaptation theory, and the poet’s theme. Analyzing the early sections of the film, before Mr. Keating is even introduced, reveals a compelling examination of humans’ inability to articulate their thoughts and feelings. In its opening sequence, Dead Poets Society establishes that it is not only about the difficulty of creating poems that can effectively talk to humans, but about human beings who struggle to find ways to learn outside of the box with each other in an increasingly structured society.

I feel that the movie beautifully captured iconic moments of a teen life in various areas such as school, teachers, extracurriculars, friends, clubs, and general lifestyle. Through my criteria I would have to blatantly rate this movie as a masterpiece, every single feature was carefully calculated and I thoroughly enjoyed the entire experience.